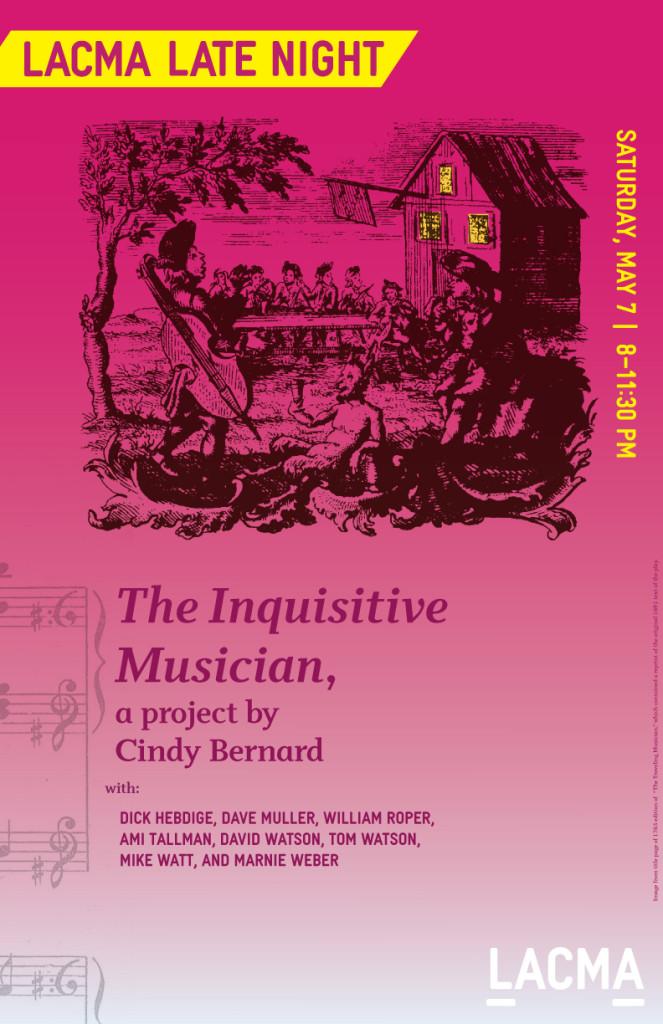 The Inquisitive Musician at LACMA, poster

The Inquisitive Musician is an adaptation of a seventeenth-century German satire attributed to Johann Kuhnau, Musicus Curiosus, or Battalus, the Inquisitive Musician; the Struggle for Precedence between the Kunst Pfeifer and the Common Players. The satire pits itinerant “beer fiddlers” against the official city sanctioned “Kunstpfeifer” (or “art piper”) in an argument over who is the better musician and has the right to perform and be fairly compensated—those who play tunes by ear and memory or the “Kunstpfeifer” who relies on printed music. The play is written from the position of Kuhnau (1660–1722), who was Bach’s predecessor as the cantor of the Church of St. Thomas in Leipzig, and arises out of the challenge of an economically strained populace to compensate musicians for their labor—a familiar story which continues to this day.

See images from this performance.