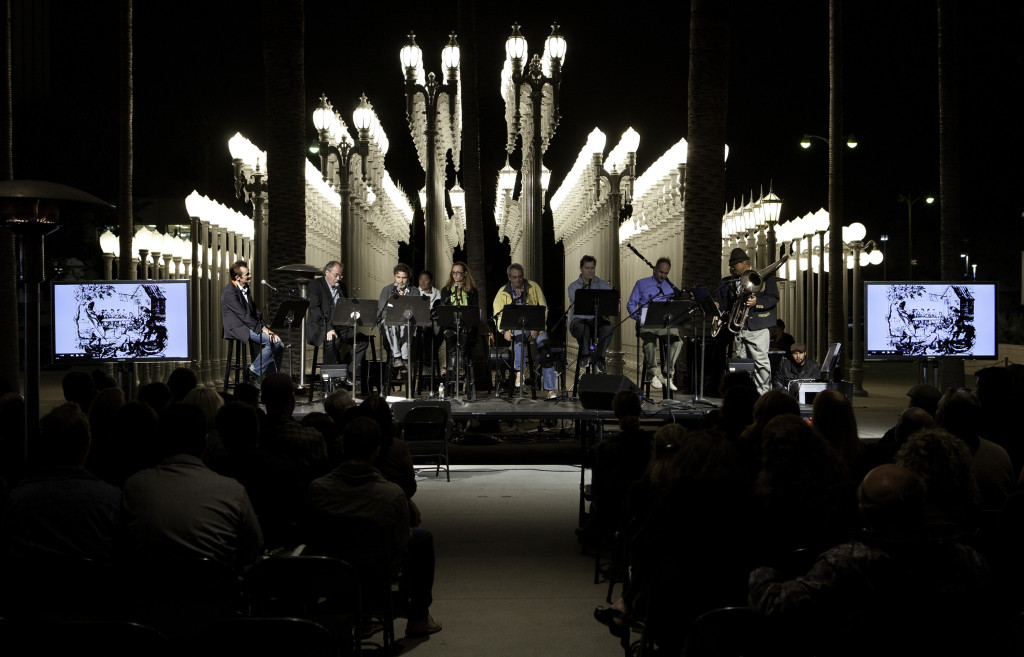 The Inquisitive Musician at LACMA (photo by Wild Don Lewis)

The Inquisitive Musician is an adaptation of a 17th century satire attributed to Johann Kuhnau, Bach’s predecessor as cantor of Leipzig, Germany. The satire pits itinerant “beer fiddlers” against the official city sanctioned “Kunstpfeifer” (or “art piper”) in an argument over who is the better musician and has the right to perform and be fairly compensated. The struggle arises out of the challenge of an economically strained populace to compensate musicians for their labor — a familiar story which continues to this day.

The Inquisitive Musician was produced at the Los Angeles County Museum of Art (LACMA) on May 7, 2011 with support from the Harpo Foundation, US Artist Projects, The Durfee Foundation and the Goethe Institute.

For the first time it incorporated a video of The Comedy of Washesbleil, a play with in a play which takes up Act 6 of the production.

Trailer from The Inquisitive Musician at LACMA