Long before the Internet, ham radio operators built a buzzing web of communication around the world. Artist Cindy Bernard’s grandfather, Bill Adams, got his license to operate a ham radio in 1923 and kept in touch with operators in distant countries until his death in 1999. Each contact was confirmed with a postcard, called a QSL card – QSL is ham lingo for “I hear you.” Adams kept the cards, creating a treasure trove of documents that, incidentally, chronicle 20th-century geopolitical history….

…”Silent key” is the term used when an operator stops transmitting. For “Portraits,” Bernard has blown up some of the grainy passport-style photos that grace a few of the cards and titled them with, among other things, the operator’s name and the date he or she died. If the last is unknown, the title reads “Silent Key, Unknown.” These put human faces on the communication. In one short, graceful video, Bernard shows us the bungalow at the street address of a New Zealand operator who communicated with Adams in 1934. 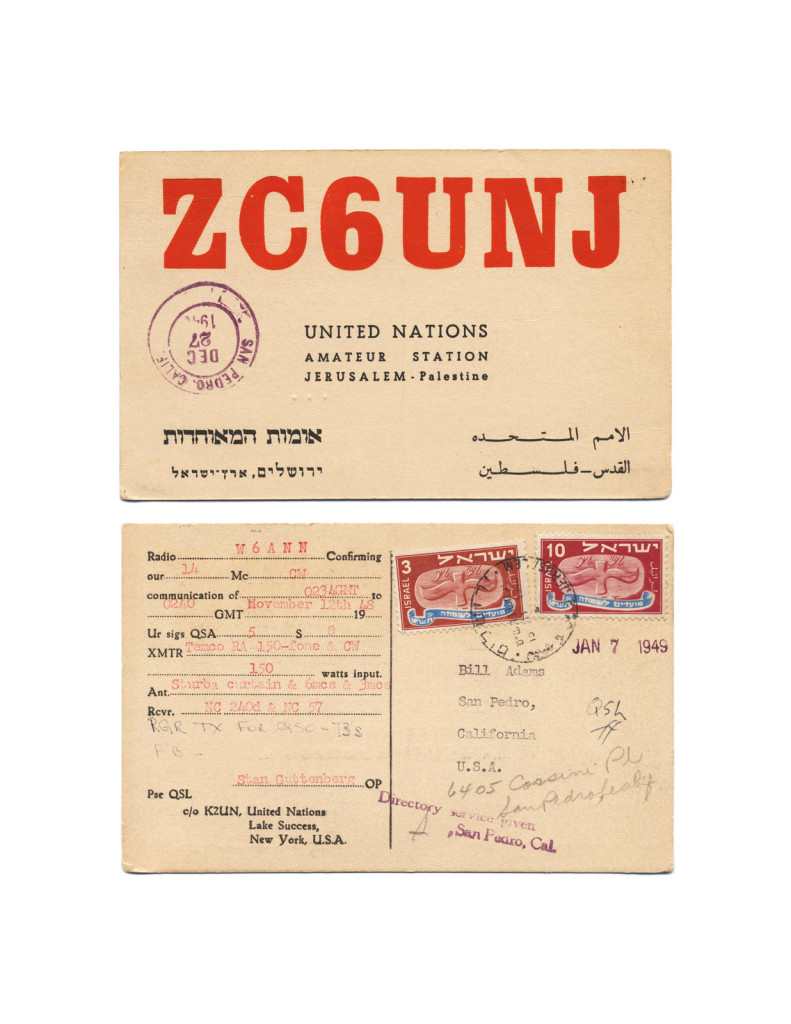