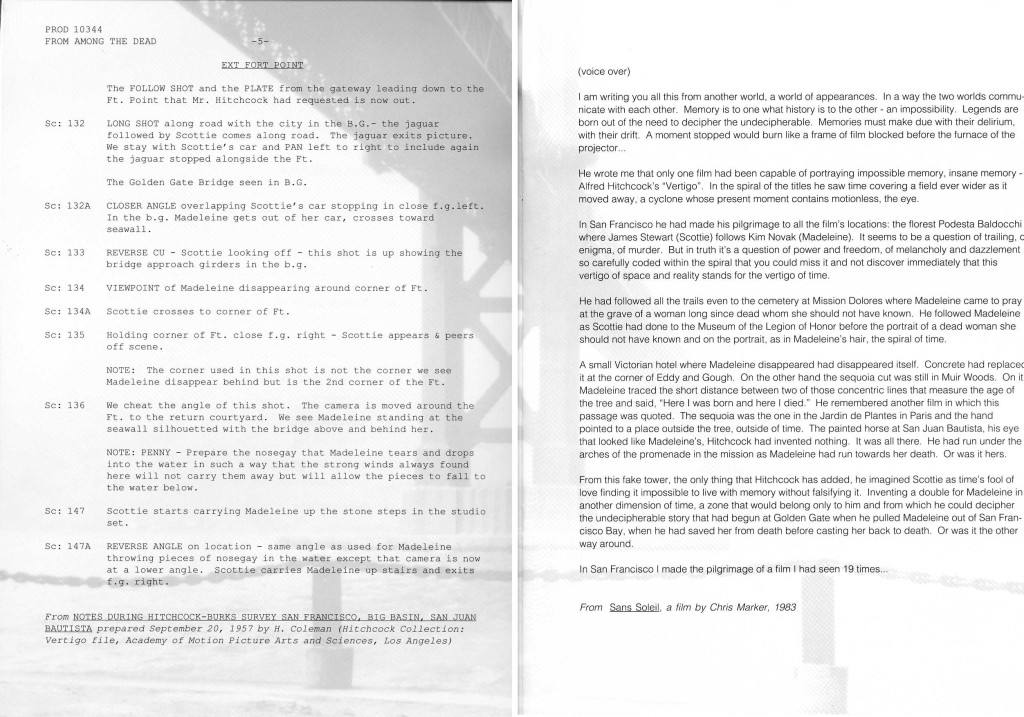 …Once included in the complex narrative of a particular film, the landscapes have often become symbolic of a particular vision of America. The vision, once remove from the film context and replaced within an art context, presents a mute landscape of possibilities and loss. One thinks of Bernard’s scouring the Arizona landscape to find the place of a scene in 3:10 to Yuma, looking for somewhere that matches the curve of a hillside in a landscape of saguaro cacti. At a certain point in the preparation of a film a location manager or director will have done the same thing. What has been constructed and used in terms of the move has been removed and replayed as a lost places now frozen and caught for contemplation in a way that was not necessarily part of the initial reason for choosing the location. If Bernard used film stills and re-presented them in the gallery everything would be different. It is her presence at the sight of the shootings that makes the work. There is a fine line here between the emblematic, the overly familiar and the obscure. Somehow the work of Cindy Bernard is not connected to ideas of the visual cliché, nor is it overly specific. Rather a balance is retained between the evidential satisfaction of witnessing for yourself and the peculiar pedantry of checking on someone else’s sources.

Alfred Hitchcock’s series of television mysteries is still being made. Each one is prefaced and concluded by a few words from the dead director. The fact that those short clips were originally recorded to surround another programme does not deprive them of a particular power, if anything it accentuates a temporary and generalized state of things alongside the specifics of a story. Bursting into another person’s narrative can be like arriving at the party when not only has everyone gone, but you are not even sure if there were ever there in the first place.  – Liam Gillick, 1992