Mapping sound., the SASSAS 10th Anniversary Concert utilized sites in 8 Los Angeles neighborhoods located along an east/west corridor and featured more than 30 musicians drawn from the 10 year history of sound. for a day of concerts, presented free of charge. Concerts ran from 11am – 11pm starting at the Sylvan Amphitheater in Eagle Rock and concluding at Beyond Baroque in Venice, with stops on Chung King Road in Chinatown, Amoeba Music in Hollywood and the Schindler House in West Hollywood among others. 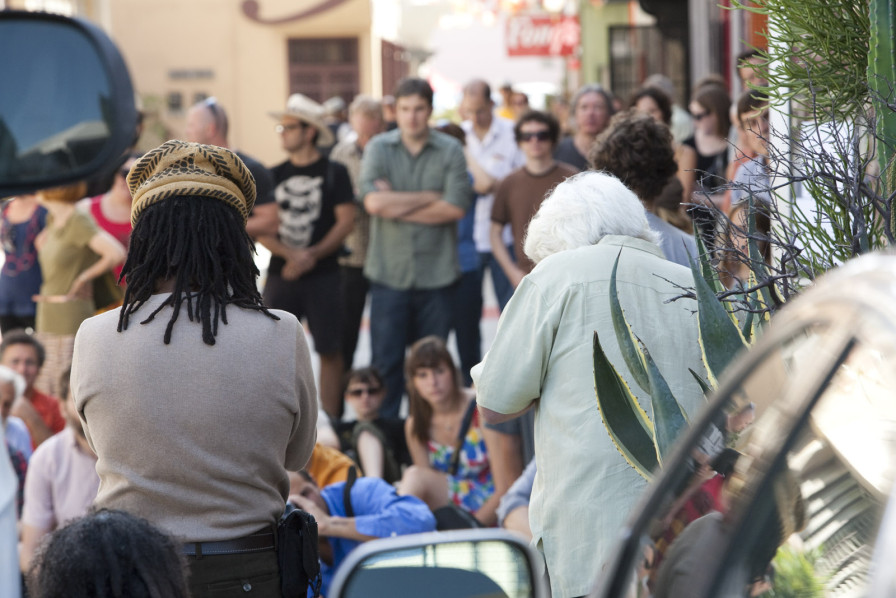