From letters inviting artists to participate:

The jam has two trajectories – one (primarily) aural and one (primarily) visual…The premise is that artists are often thrown together within a space by an outsider, usually a curator, and forced to deal with each other. Through that tension often interesting things happen. I asm asking a group of musicians (some of 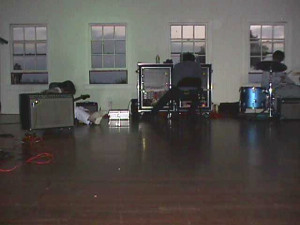 whom are also artists) to deal with each other in a similar way…to confront what resonances occur (or not) when they collaborate over the course of a few hours. In a way it’s taking what artists always have to do spatially and applying that to a medium that deals with space and time….

…So over the course of one evening the (primarily) aural and the (primarily) visual trajectories of the idea intermingle: the sound is audible from the installations outside the building and the art is visible from inside the performance space. – Cindy Bernard, June 1998 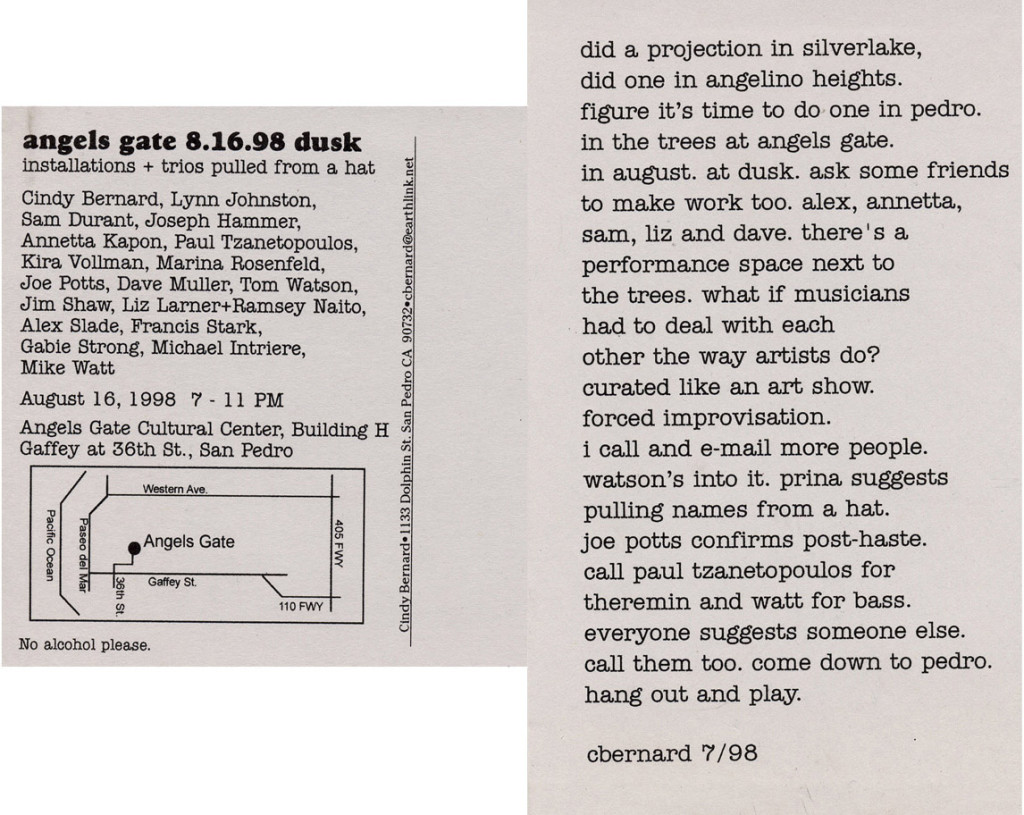